During the development of the Wenmar Shorthorns we have used the following bulls to influence the direction that we have wished the herd to progress. Wenmar Beef Shorthorn cattle are targeted to produce stock capable of producing quality beef in today’s marketplace. 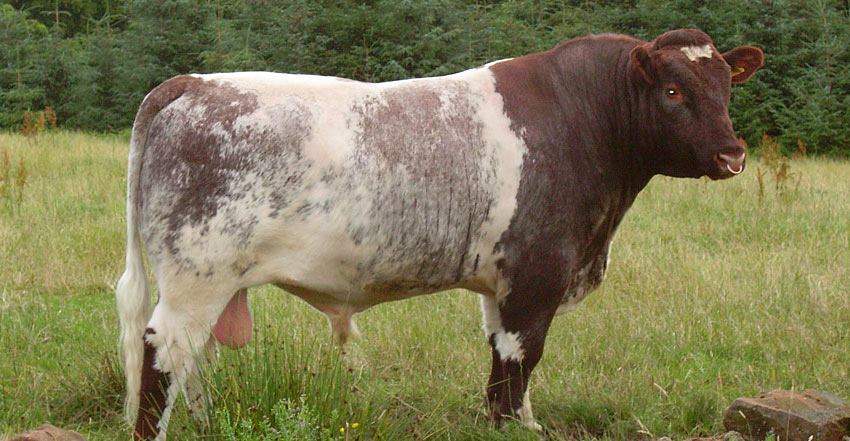 Photo taken July 2011. Beefeater was used in the herd during 2012, 2013 and 2014. We bred Beefeater's mother when the herd was based on the Isle of Man. She was from the best female line in our herd at that time. Beefeater's sire was the most successful bull at the shows during 2011, being interbreed champion at the RHS, the East of England and the GYS. Beefeater was a large bull with a fantastic temperament, a tremendous back end and a bull we would still have in the herd if he had not had an accident. His stamp will flow throughout our herd for years to come, we are still using his sons selectively on our older females. Beefeaters sons and daughters will have a major influence within our herd for many years to come. We have a small quantity of semen available. See our genetics section. 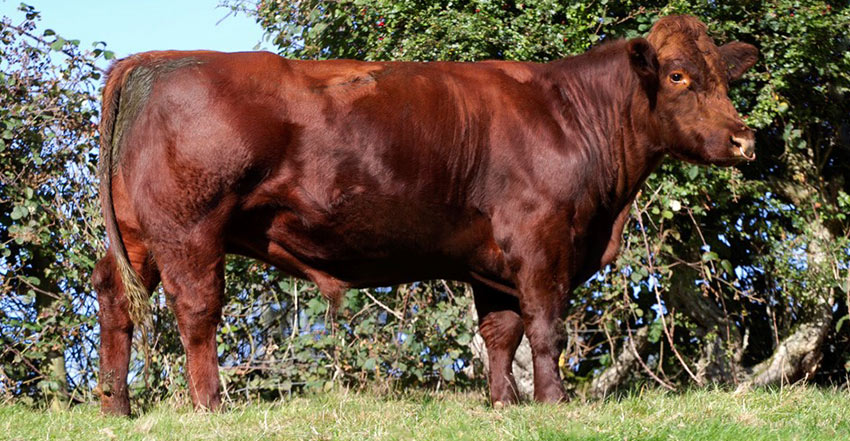 Photo taken September 2019. Major is certainly one of the best ET bulls we have ever been lucky enough to breed. He will be a super outcross sire with proven beef bloodlines in both Canada, Australia and north America. Both his sire Crooked Post Stockman and dam Waukaru Melita Rose have proved thier ability to perform worldwide. We used Major selectively as a yearling during 2019. He has run with all of our cows this year and has proved himself to be a working bull who is a very quiet well mannered. We are retaining his full ET sister here at the farm, Wenmar Melita Rose M164, along with two heifer calves from this year, and hopefully more from next year. 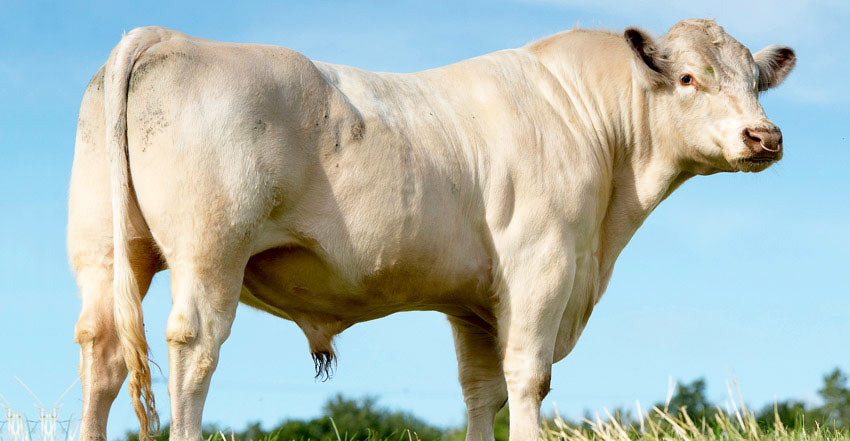 Photo taken September 2016. We first noticed Hercules at the Royal Highland show in 2015 as a yearling. He stood out with tremendous presence and style, coupled with good locomotion and growth. We were fortunate to purchase him at Stirling in February 2016. He had grown on very well and retained all of his style. He has been used on some of our smaller cows to add size and style; his calves are good and everything we had hoped for. His daughters in particular are tremendous; his bull calves tend to need time to develop and should not be judged too early. We have a small quantity of semen available. See our genetics section for details. 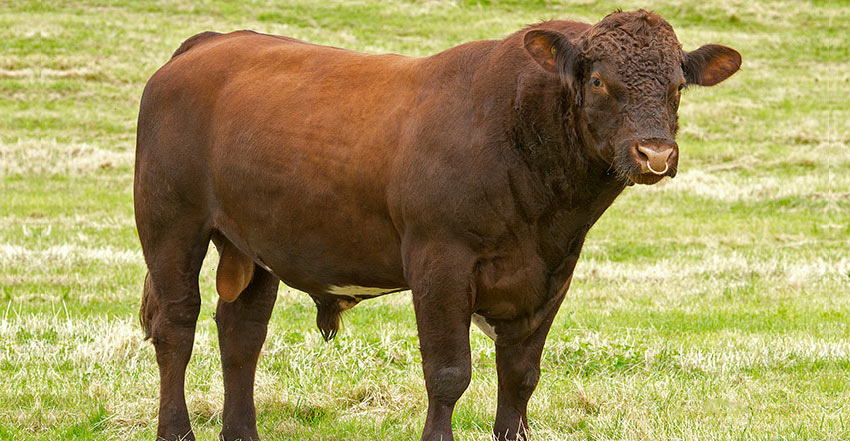 Photo taken July 2016. Wenmar Harkin is the arguably the best Beefeater son that we have bred. He was a tremendous growthy calf and has continued to grow into a tremendous herd sire. His dam is from the renowned Broadhooks female line and goes back to some of our original foundation cattle when we were based on the Isle of Man. We used Harkin as a yearling on a small group of our cows in 2015. Harkin has now been used during 2016 and 2017 with a large group of our herd which reluctantly is reducing the number of cows we can use with him. We are therefore prepared to consider offers for him. 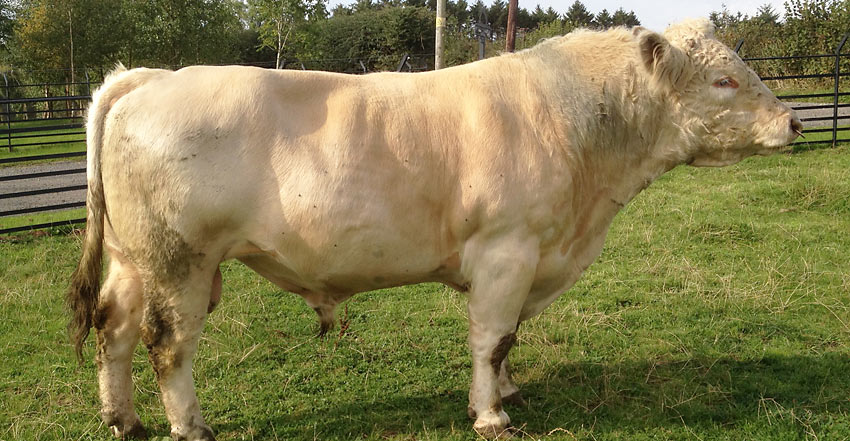 Photo taken September 2014. Used in the herd during 2014. We purchased Dolomite privately as a reserve bull to work alongside Beefeater. He was a moderately sized bull with good locomotion and a quiet nature. Dolomite's mother is from one of the best female lines at Milerston. We used him extensively on our dark Roan and red cows to add some colour to our calf crop. His calves are average size and easily calved with good shape. He has also added the colour as hoped. We will retain one of his sons within the herd to use selectively in 2016 and 2017. 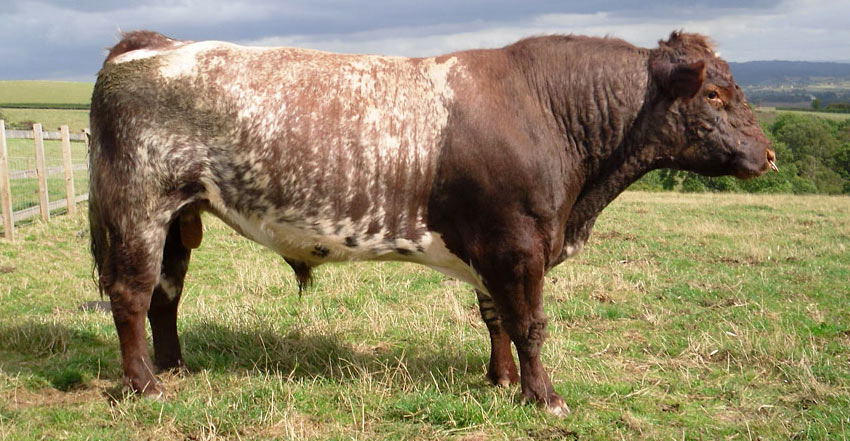 Photo taken on 11/09/2011. Used in the herd during 2010 and 2011. Awesome was purchased privately in 2009, being an ET calf we were able to view his siblings. They were a tremendous group of yearlings. Awesome was not the largest bull but could be likened to a table, a very good top line with a leg in each corner. He had excellent locomotion and left us some tremendous calves. His heifers have been retained in our herd and are making very good cows. 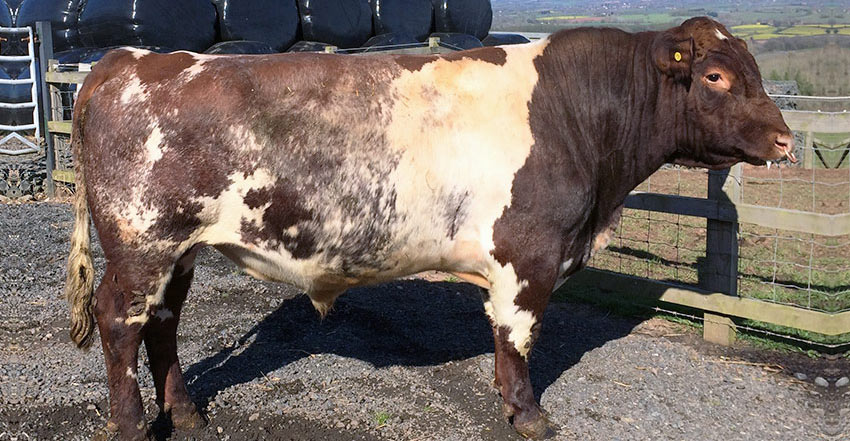 Photo taken April 2016. Wenmar Hakon is out of one of the most consistent Canadian sires. In recent years his sire, DF Pure Gold, has produced some tremendous progeny for Shadybrook farms in Quebec. I visited Shadybrook and viewed Pure Gold's progeny which were big stretchy milky cows, along with a tremendous 3 year old bull, SBF Platinum, their senior stock bull during my visit. Hakon follows his father's traits being a quiet, thick bull with good locomotion. We used him successfully on a group of our cows during 2015 and early in 2016. His first crop of early calves are showing great promise. We received an offer for him early in 2016 that we could not refuse. Before he left we collected a small quantity of semen from him. See our genetics section. 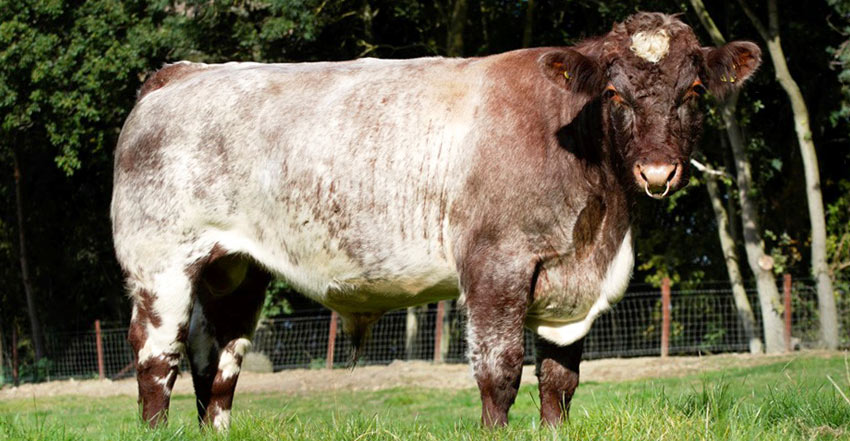 Photo taken September 2019. Leandro is a super outcross bull sired by the renowned Australian bull Kamilaroi Meat Packer, a tremendous deep easy fleshing bull. His mother was the tremendous proven cow DF Godiva who was reserve grand champion female at Agribition and bred not only the Canadian National Champion bull but also the North American. We have used Leandro again this year and would cosider selling him with a buy back option to purchase him back. 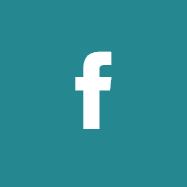 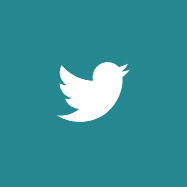 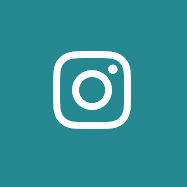 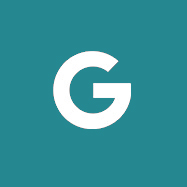 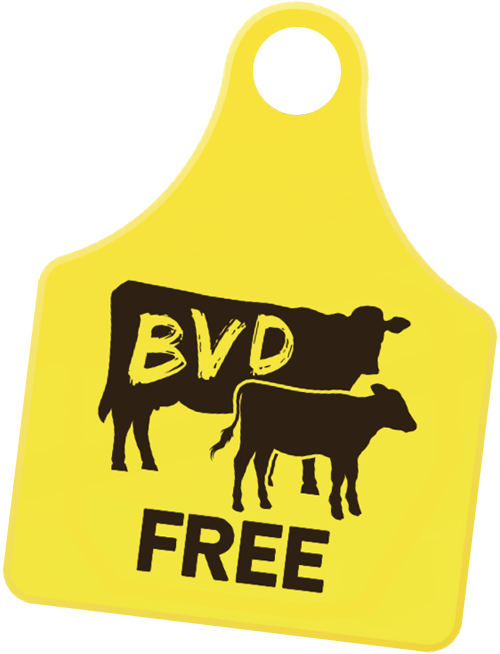